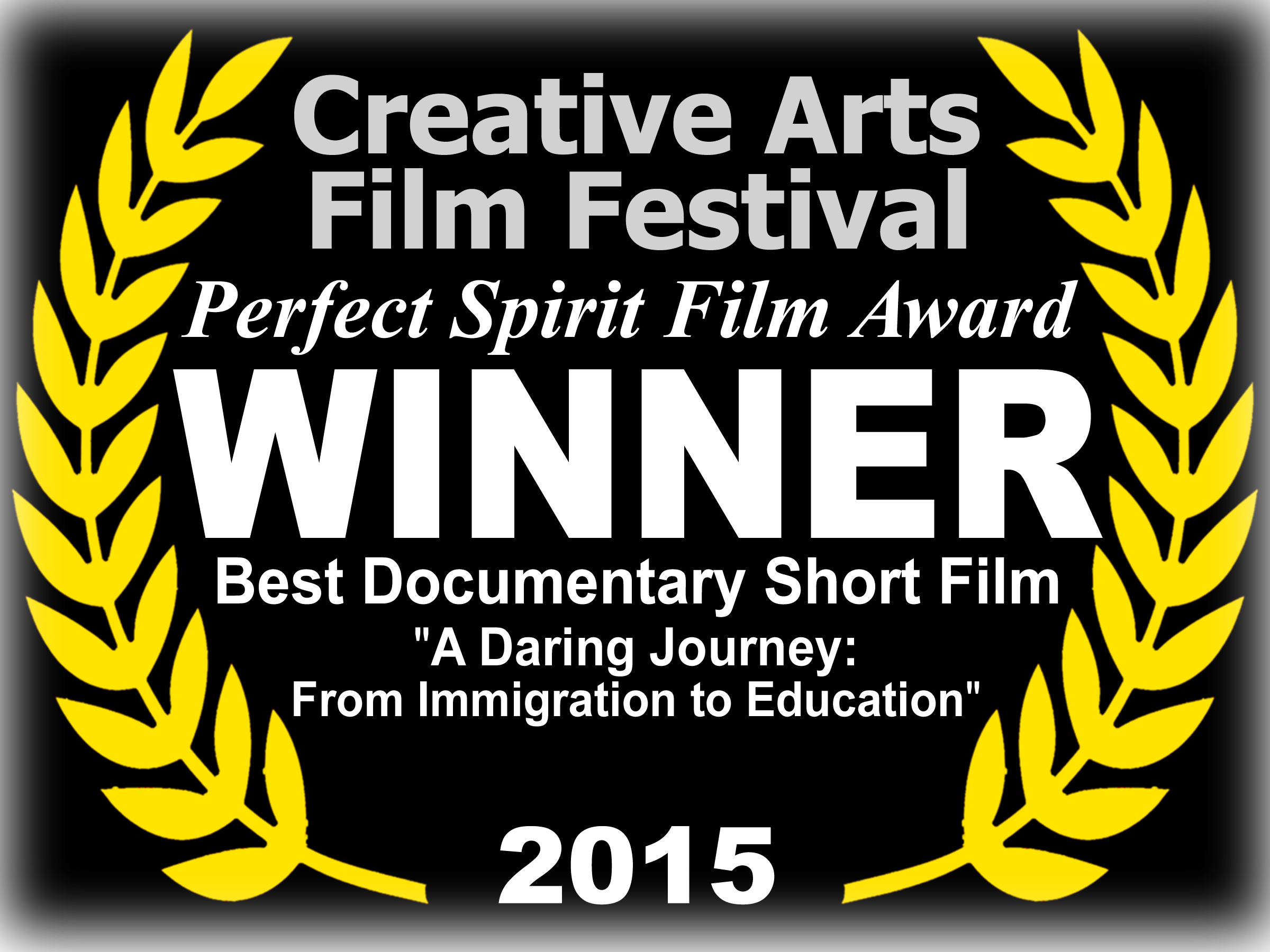 Responses from Vassar Students
after seeing the film

This film was an amazing opportunity for me personally, not coming from a background where I had heard much about the struggle that illegal immigrants go through with regards to finding jobs or using their degrees if they are able to attend school in the United States. I also really appreciated the three different story lines that came together to frame the larger concept of the film

I think what I appreciate the most about the multiple story lines is that it gives the viewer a look at how different the outcome can be for each immigrant, and how a parent's decision to come here may not make the change or difference that they want or expect for themselves, but does make a huge impact on their children's lives, and the future of their family.

This documentary was extremely inspiring. The pictures of the border at the beginning of the film are effective at drawing the viewer in and grabbing their attention with harsh realities of the border before discussing the more personal implications of immigrating illegally to the United States.

I found the film extremely eye-opening around the discrimination that immigrant youth and their parents face when trying to enter the education system. The Convention Against Discrimination in Education guarantees that K-12 education is free and compulsory regardless of documentation, but we then see the challenges these students face once they graduate from high school and are expected to go on to college.

The individual experiences of crossing the border illegally were very powerful and interesting to watch. The four stories, the differences, similarities and emotions present highlighted the risks of crossing the border and why people do it...It seemed the emotional aspect was what the documentary was aiming for and it was very effective in putting a personalized view on illegal immigrants who cross the border. This is important as I think it is easy to generalize about them and not feel emotionally connected to them...It was very interesting hearing another student speak about the class differences and feeling as as if other students were better educated/prepared for college than she felt she was. I enjoyed the segment on the Vassar student who now works with the law firm. It was important to highlighting how even when immigrants come to the US, the live in communities of fear, distrust, etc. because they are undocumented. Finally, I I really enjoyed the English Spanish mix of speaking in both languages and putting the other in subtitles.

I find this film incredibly powerful.... Although Vassar is known for her effort to recruit low-income, first-generation students, there are not that many in my friend group, so it was very interesting to to hear the story of Ruben and really see the impact of Vassar.s financial aid policies have had on individuals around us...As much education and sociology literature on undocumented students has noted, undocumented students still face many barriers as they come of age, hoping to further their education or navigate the labor market.

As an international student, I don't have the kind of exposure to communities and immigrants as some of my domestic peers do, so I felt empowered watching the movie after reading extensively about undocumented immigrants in my sociology classes.

The film reiterates the idea that education can provide people with new unimaginable opportunities, especially children from underprivileged and undocumented families. I was unaware of how ... difficult it is for families to receive citizenship. Children from these families are at an extreme disadvantage because without social security numbers their parents and they themselves can.t be legally employed; this leads to their exploitation... I think it is important to invest in the youth living in the US in an attempt to aide them in their conquest to develop careers and become contributors to this country.

This film acts as a solid introduction to the problems faced by undocumented students or first generation students trying to navigate higher education in the US. It was especially emotive having the students tell their own stories and including their communities in the film. It allowed the audience to catch a glimpse of their everyday reality.